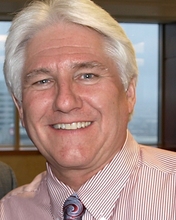 Craig L. Hulet
Personal development has been a life long learning experience and goal for Craig and he has been involved in serving others for most of his life. Through personal experience Craig knows that many, way too many individuals walk around thinking to themselves, "I'm not good enough," "I'm not worthy," I'm just not enough." He's had ENOUGH of it and is determined to help others (who are interested and committed) to overcome and change their limiting beliefs and self-esteem issues.

Others can inspire us but real motivation comes from within. The oft used saying really holds true in personal and professional growth, "It's an Inside Job." Those who hear and work with Craig who have a true desire to succeed can gain greater control of their lives and develop the skills and internal motivation to consistently improve personally and professionally. All success in any part of life physical, emotional, financial or social is based on adhering to sound fundamental laws and principles. Craig teaches that once a person is willing to actually take personal responsibility for their own life and circumstances and is willing to incorporate the principles that govern success in that area they can achieve whatever they desire through a deliberate course of action.

Craig brings real world experience to his speaking, seminars and workshops having served in a number of different capacities in many different companies and as an entrepreneur/company owner. His business experiences along with his personal challenges such as walking rim to rim through the Grand Canyon twice, riding the Colorado River's largest rapids, being lost in the Kaibab National Forest and traveling extensively through five different continents along with many other experiences provide insights and lessons for his audiences.

Most recently Craig has undertaken speaking, writing and teaching on nine best practices for Small Business Success. Since entering the retirement age frame, he has also undertaken research, speaking and writing about the third quarter of life, the opportunities, challenges and transitions in the 60's and 70's.

Craig earned two BA Degrees in Communications and Political Science at the University of Utah. Being a voracious learner and researcher he is self-educated in many areas and is usually reading three or four books at one time (which drove his wife, a writer, crazy). He lived in Colombia South America for almost two years. He speaks, reads and writes Spanish. He is always taking courses and classes, considering more formal education and learning other languages. Besides being a presenter, speaker and trainer Craig is business consultant in the social and traditional marketing media fields.

Always learning and willing to share his knowledge Craig is passionate about changing and helping others who wish and are willing to change and become better individuals. Amid the 21st Century's chaos Craig is determined to be kind, loving and positive even though he likes a kick butt movie (like the Bourne films) now and then along with chick flicks and most other movie genres except horror films. Having retired from basketball early Craig still loves racquetball (when he's in shape), golfing, fly fishing, reading and goofing around with his mistress (his computer, according to his companion of forty two years). His companion, the former Renon Klossner (a great writer and artist in her own right), passed away on July 4, 2016 from pancreatic cancer. He has five married children, fifteen exceptional grandchildren, nine girls and six boys.